Supporting the harmonization of Rotorcraft EGNSS IFR Operations in Europe 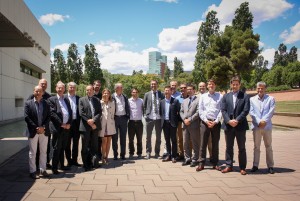 The FLAG Group aims to harmonize the implementation of Rotorcraft EGNSS IRF Operations at European level by providing support to 5Lives Project and establishing coordination between Rotorcraft Operators, National Authorities and the Aviation Community; the main actors involved in these operations.

This meeting was the launch of the FLAG Working Group, which will meet in a regular basis, with the aim of discussing and providing recommendations on the implementation of Rotorcraft EGNSS IFR Operations at a technical and regulatory level, and to identify any missing element or action that could become a blocking point in the implementation process.

The event was attended by 5Lives Project partners and key organizations in the European Aviation Community, such as experts from the GSA, CAA (Civil Aviation Authority) delegates and Helicopter Operator representatives, among others.

During the meeting, attendees had the chance to share their individual experiences with EGNSS IRF Operations, and the obstacles each of them is currently facing in the implementation of these operations on a national level. The meeting represented the group formation and the reception was very positive from the participants as the need for a coordinated approach to these issues was agreed by all. As a result of the meeting a working plan and a roadmap is being defined. Actions and progress will be reviewed at each subsequent FLAG meeting.