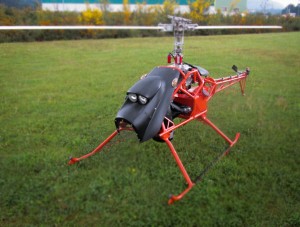 ENJAMBRE is focused in three priorities of the National Security Strategy: management of migratory flows, protection in emergency situations and disasters, and maritime security, in which the private sector can support the public sector by providing innovative services that foster the cooperation between both sectors.

The Project objective is to develop a new service for Emergency Critical Missions onshore and offshore based in the European Global Navigation Satellite Systems (EGNOS and Galileo) that will allow manned and unmanned aircraft to operate in the same airspace in a cooperative and secure way, dedicating unmanned aircraft to undertake the observation tasks (e.g. search, detection, recognition) to support the decision making process (e.g. evaluation) and the intervention tasks developed by the manned aircraft (e.g. firefight, evacuation, etc.).

The first year (of the expected total of four years) has been devoted to the analysis of the operational concepts of offshore and onshore operations. The effort, led by INAER in consortium with PildoLabs, Coremain, Álava Ingenieros and TEMAI has provided a new concept of operations for such operations that sets the grounds for the implementation in the subsequent years of the systems that will allow an integrated solution.

PildoLabs’ main role is to transfer its wide expertise on rotorcraft operations and procedure design to the new concept of operations, involving RPAS. The main efforts will be in adapting the PLATERO platform into an emergency operations support tool, adding value to both manned and unmanned aircraft operators and the specification of new procedure design criteria specific to RPAS.

The development of this service is expected to provide important benefits by reducing the investment and the costs derived from operations and maintenance, while increasing the coverage, efficiency and safety of emergency critical operations.

ENJAMBRE , identified with the number IDI-20141235 is co-financed by the Spanish Centre for the Development of Industrial Technology (CDTI), a Public Business Entity that fosters the technological development and innovation of Spanish companies, in the frame of the CIEN call with FEDER funds through the Smart Growth Operative Program.